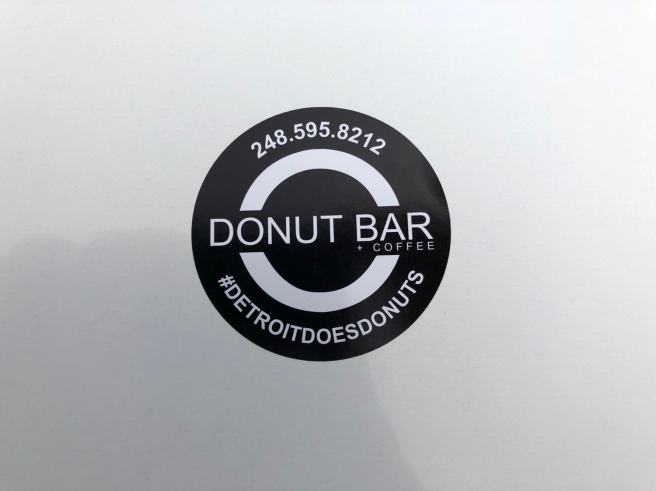 Everyone has heard their mother say: If you don’t have anything nice to say, don’t say anything at all…. Today I am breaking that rule.

I don’t have a lot of nice things to say regarding my recent visit to Detroit Donut Bar in Southfield. I’ve been holding on to this post for over a week now because, it is something that I did not want to write about. Not like I just did not want to do it but, like: “Man!” “How do I nicely say to the WORLD; I didn’t like Donut Bar Detroit.”? I didn’t know.. I have thought about it since June 9th; the day I went there. There is no choice. I just have to say it. I have to give my honest opinion and, I’m gonna try not to take too long to do it.

So, my stop at the Donut Bar was not even planned. I had not even thought about it that day. My day started at 5:30 am baking 5 dozen of my famous chocolate chip cookies to deliver to an event in Southfield by 10am. I had several other stops to make while I was in the area and while I had not decided on what restaurant or food I would try out that day; I knew there would be at least food encounter before heading back home to Flint.

After I delivered my freshly baked cookies I decided to take the city streets to each place I needed to stop instead of the expressways hoping I would find something edibly interesting while completing my to do list.  I drove east on 12 Mile Road, when I hit Southfield Road remembering exactly where I was!! The plaza that houses Donut Bar Detroit!!! I was so excited!!!!… Every time I had been close by in the past the place was either sold out or closed. But, today was my day….. I could buy however many I wanted and no one would ever know because, this was a solo trip.  And by the way, let me just say I LOVE LOVE LOVE DONUTS… I know I say that  about a lot of different foods but, I really love donuts! I mean there is an art to a good donut. Cake or Yeast, there is an art. You can’t just cut or make some round dough put a hole in it and top it with sugar and frosting and call it a LEGIT donut. NO YOU CAN NOT DO THAT!!! Not with this girl from Flint City… Not from the city where Donna’s Donuts and B & J’s Donuts get made…. Now those are donuts. Donna’s donuts are so good you don’t even regret what they are doing to your arteries, cholesterol or your waistline. What I had on that ill fated donut doomed Saturday was a crime on my taste buds.. I was robbed!! I was deceived!! I was forsaken by bad donuts! 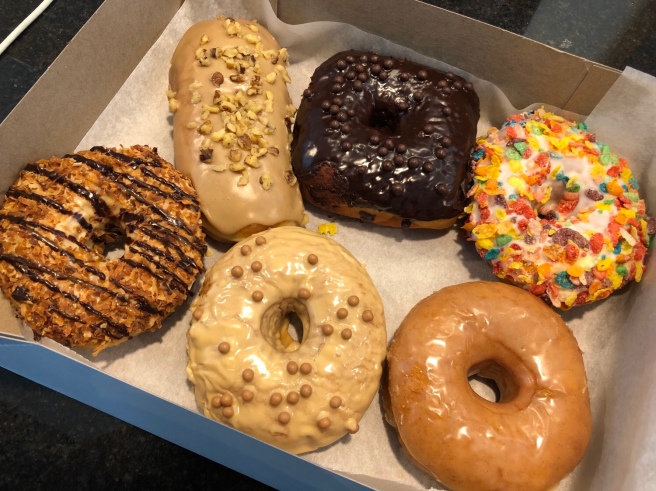 I bought six. Yes six donuts. Don’t. Judge. Me…….I did not plan to eat them all but, I planned to taste them all. And, these were my picks: 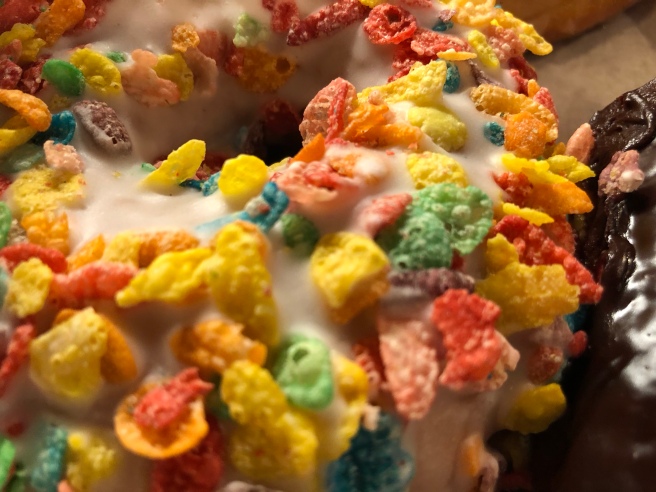 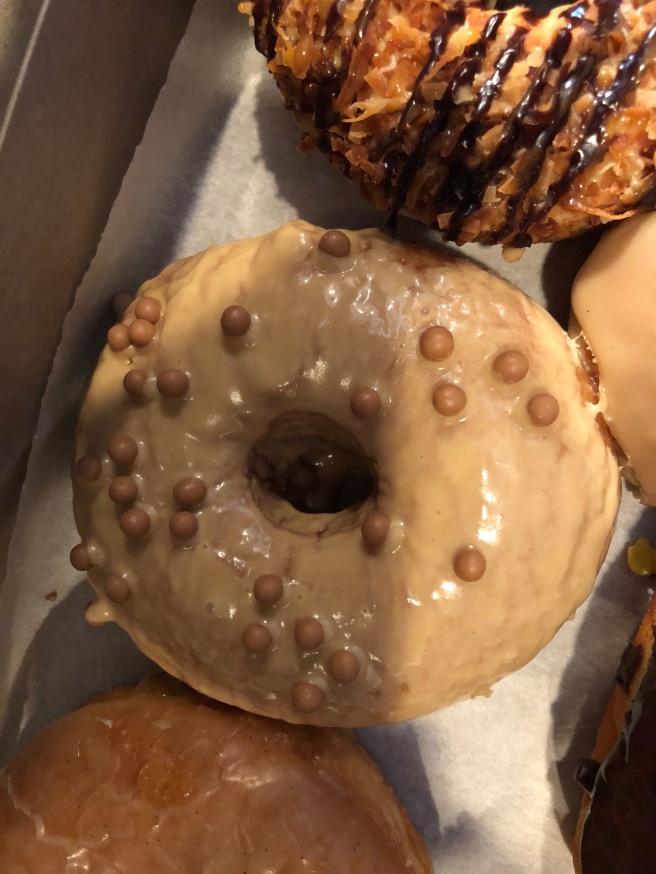 I’m gonna save you all some time and some money.. The Vegan Maple Walnut was the best tasting one but, not by much.

To me what seems to be the premise at this “Donut” shop is they take a VERY basic yeast donut and cut them into circle, square or oblong donuts and top them with a variety of different things such as: Fruity Pebbles, Crushed Oreos, Reese’s PB Cups, Coconut and Caramel and other things to make them look DELICIOUS… And they do LOOK delicious. But that’s where it ends for me.

The best thing I can say about this place is that it is definitely trendy, the customer service was great, the place was clean and I liked the decor and set up. If I ever have to go back I can try the coffee. But wait; I don’t drink coffee.

40something, single, sexy, and fabulous woman. Single super- parent of one awesome daughter. I love to cook, bake, eat, visit new or new to me restaurants and eateries. Reading, watching movies, bowling, sight seeing, and traveling by land are also my favorites. View all posts by Kim Cherie Fowlkes

This site uses Akismet to reduce spam. Learn how your comment data is processed.